“We can make our plans, but the Lord determines our steps.”

Our Plans…We had planned to make Seminary-partner visits in the Houston, TX area the last part of July after finishing visits in Montana, South Dakota, and Missouri in June.

The Lord’s Plans… Carl had two stents placed in his heart on July 6th. Carl’s recuperation was quick for which we are thankful. Then we thought at least we could get in one week of visits in the Houston area. But on July 23 when we saw the heart doctor, he said “No traveling yet.” There was some difficulty in getting the medications adjusted.

Our Plans…. After the Houston trip, we had plans to be back in Hernando MS, around the first week of August for the birth of our 6th grandchild, Cash Richard, being adopted by our daughter Carlene and Robert.

The Lord’s Plans… Cash was born on July 27, a couple of weeks early. He was born with “gastroschisis,” had surgery, and spent six weeks in the hospital while the intestines began to function properly. Because the heart doctor had told Carl he couldn’t travel yet, we were there for the birth and to help – staying some with Cash in the hospital and helping care for Cannon and at times Caitlin. We see now why we needed to be in MS during this time.

Our Plans… We had planned to drive to California in September. Carl was to share about SETECA at a church, we were to make several visits with Seminary partners, visit with a few of our own ministry partners, plus spend some time with family.

The Lord’s Plans… Grandson Cash was still in the hospital, and Carl’s eye was not doing well so we decided driving was not an option. So Carl flew out, spoke at the church, made a visit with a Seminary supporter, and enjoyed staying for a few nights each with David & Victoria and Alan & Sarah and the 3 grandsons. Karen remained at our daughter Carlene’s in MS to help out. 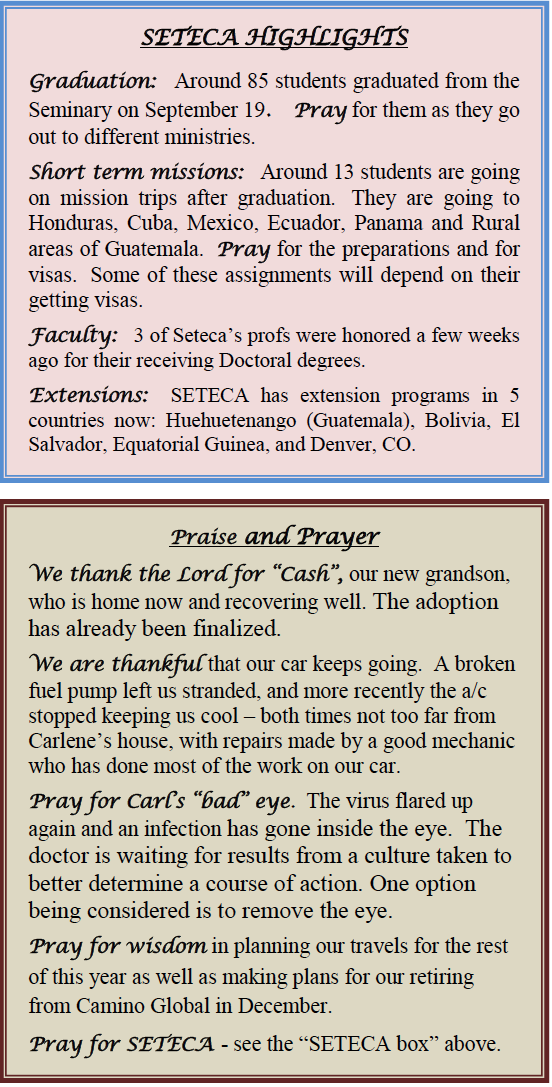 We are very grateful for the prayers of so many regarding Carl’s recuperation from getting the stents.

All the emails and notes expressing concern and assuring us of your prayers have been a great encouragement, even though.we have not been able to respond to all of them.

Trusting in the Lord and looking to Him for direction, 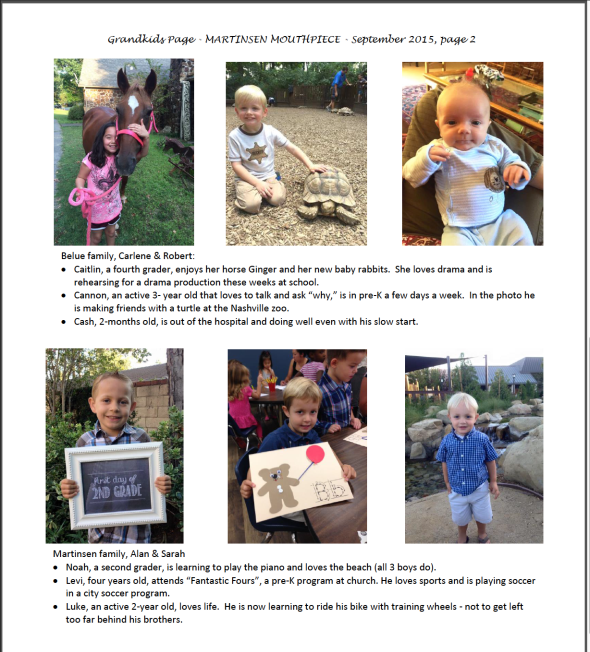